A lot of research has to go into finding the perfect place to live. The list of requirements can start adding up pretty quickly when you need it to fit into a strict budget. But tacking on the additional hardship of needing it to be low-income housing can make it overwhelming. And can feel like it’s a nearly impossible task to find something. Especially in a reasonable timeframe.

While the cost of living in Phoenix is only slightly higher than the United States as a whole, that doesn’t make it easier to find an affordable place to live. In Phoenix, a two-bedroom apartment on average costs over $1000 a month. And for many families on a single income that isn’t feasible. But luckily there are options for those who can’t afford the average cost of rent in the Phoenix area.

For more about the cost of living in Phoenix compared to the rest of the state and the United States, go here.

In recent years, Phoenix has seen an influx of residents. Which has caused a shortage of housing. And unfortunately, that also means the price of rent is continuing to go up while the incomes are not. According to the City of Phoenix, the Phoenix Housing Department estimates a shortage of up to 100,000 affordable housing units. Which is why they currently have several affordable housing units under construction.

If you’d like more information, then head over to the Phoenix Housing website. Here you can find out all the places being renovated as well as what new places being built. You can also read the press release from Mayor Kate Gallego. Where she addresses how the city plans address the housing shortage by creating or preserving 50,000 homes by 2030.

What is affordable housing

According to the Department of Housing and Urban Development (HUD), affordable housing needs to be 30% or less of your income. Anything more is a cost burden to the families. HUD estimates that nearly 12 million households pay more than 50% of their annual incomes for housing.

Phoenix Housing states that the average cost of a two-bedroom apartment is about $1,097 per month. In order for someone to pay that and utilities, the household would need to earn $43,892 annually. That would be an hourly wage of $21.10 and over nine dollars above Arizona’s minimum wage.

What’s the difference between low-income and affordable housing

Affordable housing doesn’t have nearly as many restrictions placed upon them as low-income does. This means many places advertise as affordable living but want those with higher incomes.

How to Qualify for State-Funded Low-Income Housing

To get assistance from the state government for housing, then you must be a legal citizen of the United States or the equivalent and you must meet the income eligibility requirements set up by the state of Arizona. If you care for younger children, care for the elderly, pregnant, or disabled, then you often get preferential consideration. Though you need to know, that your local housing authority has the right to deny any applicant whose habits and practices may have a detrimental effect on other tenants or on the project’s environment.

You’ll have to apply with the housing authorities to get into these places. But here are a few apartment complexes that are participating in subsidized housing in the Phoenix area:

Places Not Working with HUD

These apartments aren’t classified as low-income housing because they aren’t working with HUD. These are some lower-rent options. If you don’t qualify for HUD or if you need to get into something faster than the waitlist will supply check these out:

If you’re looking for an affordable place to live, or are interested in moving to the amazing city of Phoenix, then find your next dream apartment here. And while you’re on your search, head over to our post on some of the pros and cons of living in the city.

15 Low-Maintenance Plants To Add To Your Home

Make Apartment Complexes Fight Over You!

To find your Preferred Apartment, please refer to https://www.marketapts.com/apartments-phoenix-az/ 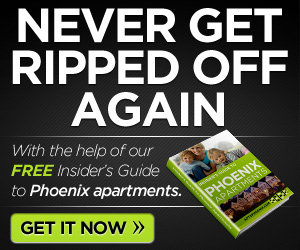 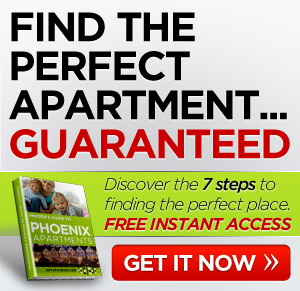